“When the world changes and pulls us apart, I believe we need to reconnect with one another and live again together as one. We have to reconnect with our history, traditions and the people who shaped us. As artists, citizens and human beings we must celebrate the basic and essential things of life.” 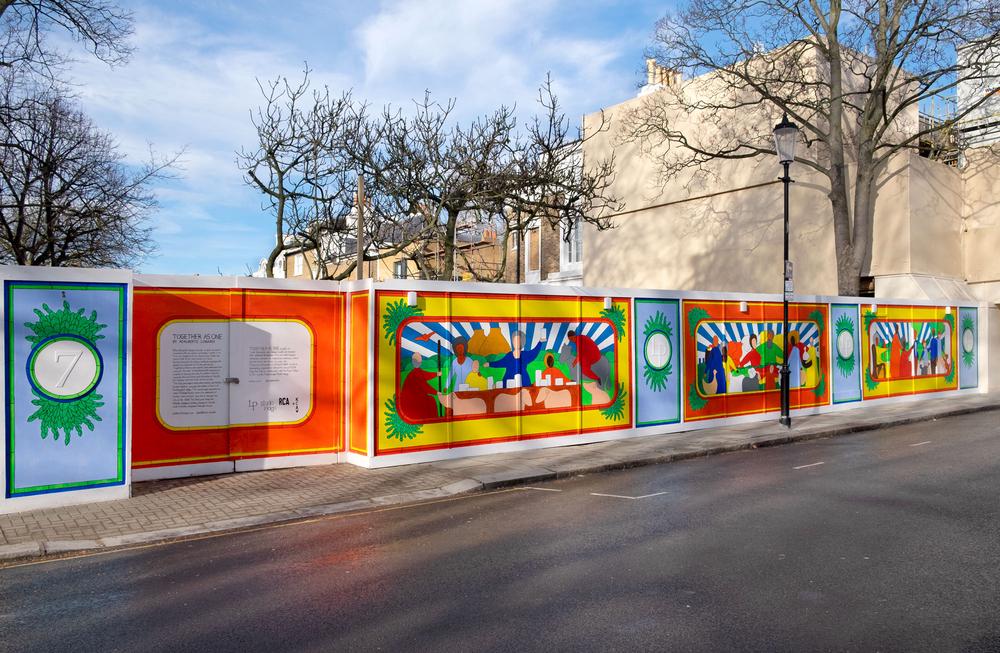 Overview of Together as One mural on Land 7 Lansdowne Road

The striking work is the fifth mural is part of “Love Kensington + Chelsea”, a public art initiative that celebrates the histories of the area with temporary artworks on construction hoardings, created by local artists and chosen by public vote. Produced by Kensington + Chelsea Art Week, a creative placemaking organisation behind the annual KCAW Public Art Trail. The project is created in collaboration with the Royal College of Art and supported by London Projects and Studio Indigo. Lonardi’s “Together as One” was selected from three shortlisted designs by RCA students with a public poll that received over 1,200 votes. 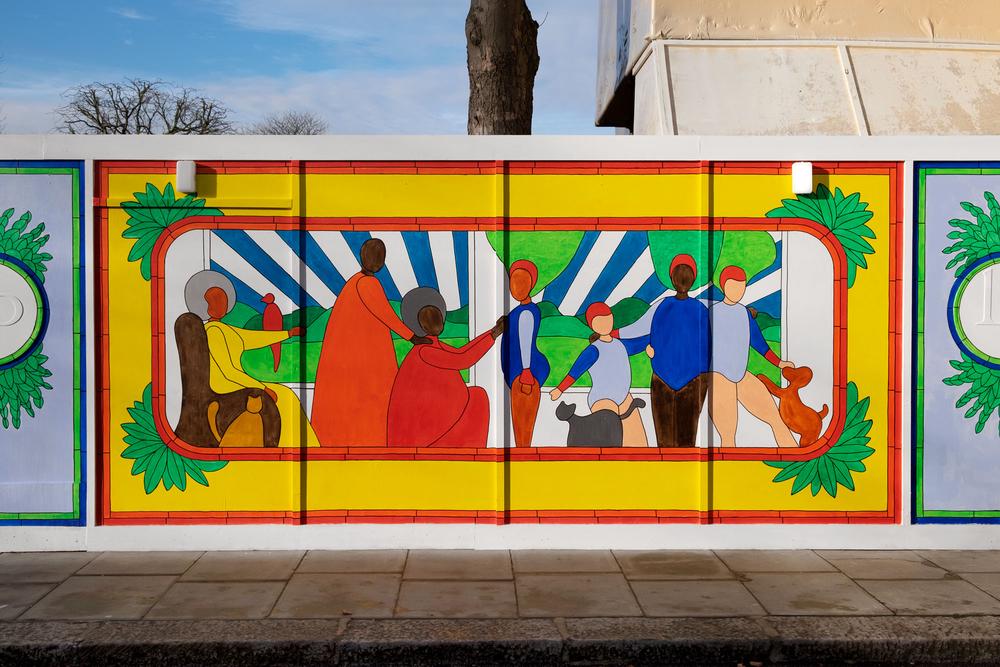 Together as One mural third panel, family preparing for Carnival

Together as one is a site-specific artwork that celebrates the power of the Notting Hill community as a symbol of harmony and unity for a better tomorrow. The 55 sqm mural, displayed until May 2021, is divided into three scenes, the first telling a story of Notting Hill in the early 18th Century, when it was predominantly populated with pig farming and the pottery industry. The second represents an early Portobello market when the vendors were selling fruit and veg, and the third represents the preparation of a family for the annual Notting Hill carnival. The viewer moves from the 18th century to current times and from a rural setting to an urban one and then inside the house itself. 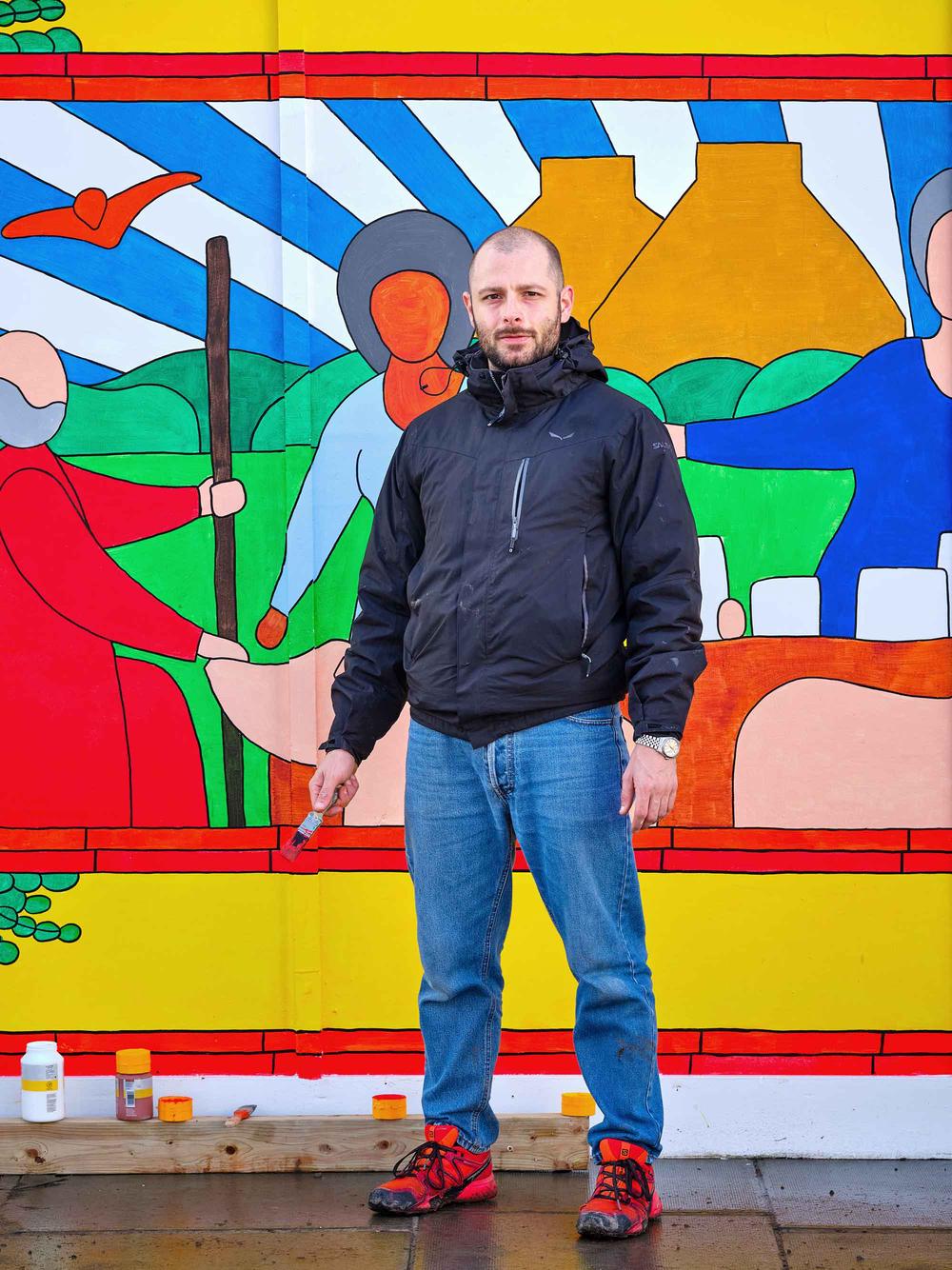 Adalberto Lonardi retouching the Together as One mural. Ph: Nick Smith

“Together as One is an important milestone to me because it forms part of a bigger vision called The United Generations (UG). A social collaborative project born during my degree at the RCA and aimed to develop, through art, design, culture, and education, sustainable strategies to empower the older population and bridge the gap among generations. There is so much we can do. Part of the income from commissions related to the UG goes to local charities such as Katherine Low Settlement, the community centre I volunteer for since 2019.”